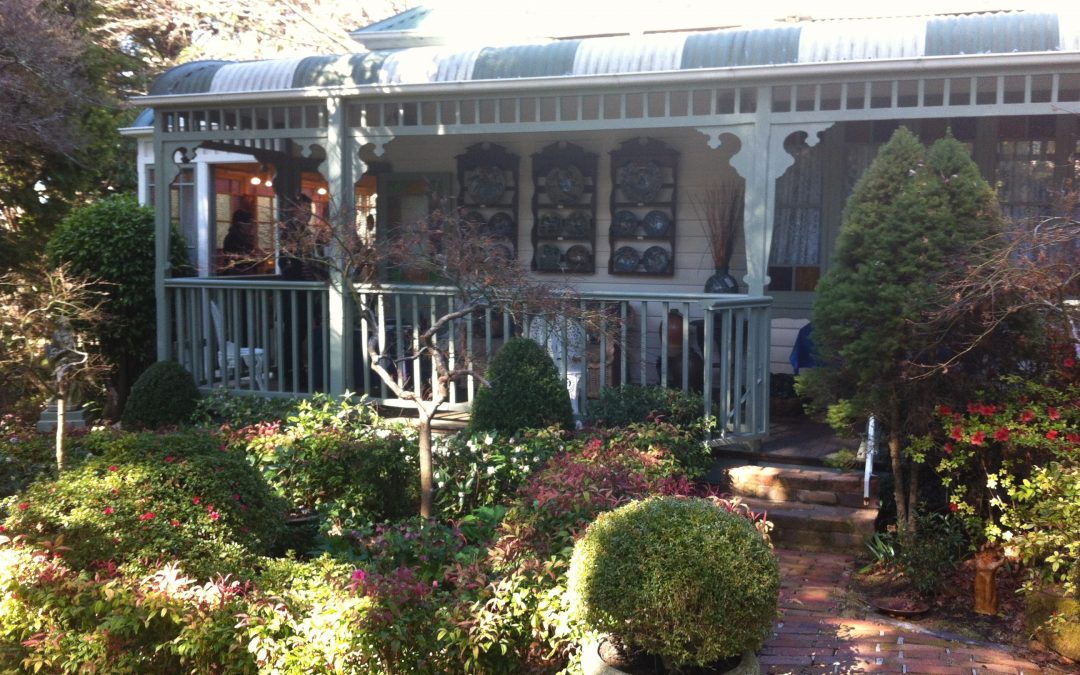 Established in the Blue Mountains in 1990, Falls Gallery continues to provide a constantly changing exhibition of works on paper and ceramics by emerging and well established artists.

The gallery is located in Falls Road, Wentworth Falls, in a beautifully restored turn of the last century weatherboard cottage.

It is situated in a large, well established mountain garden and is a mere two minutes walk from the Falls Reserve Picnic area and lookouts.

The Directors of the gallery are Ian Smith, a potter, and Anne Smith, a painter and printmaker.

Together with ceramics by Andrew Halford and Ian Smith.

Anne Smith produces not only her own work.

Several editions of etchings by Wendy Sharpe and Garry Shead have been produced at the gallery in collaboration with Anne.