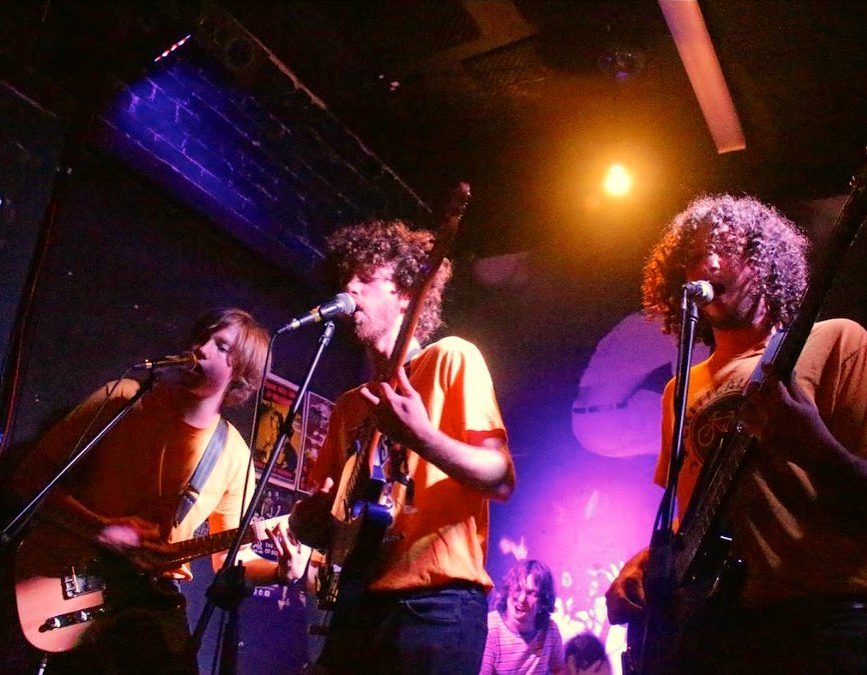 A Celebratory Night of Song, Dance and Light with Three Great Bands

Please note that Junction 142 is an alcohol-free venue.

The cost for this event is $10 per person. All ages welcome!

Following workshops by the Blue Mountains Pluriversity, the night will be starting with performances in singing, somatic dance and projection mapping by workshop participants. Follow the links above to get involved with the workshops!

These performances will be followed by live music from the following three bands:

Before The King are an Australian Indie Rock band founded on good chemistry and a mutual love of their Naughties Heroes the Strokes, the Arctic Monkeys and Interpol. The four Sydney Siders make not-too-serious songs for a too-serious world and aim to be the tightest, most committed and hardest working band in Sydney scene. The upcoming release of their first single ‘Low Expectations’ is the perfect time to join them for the long ride ahead. So hop on now, you won’t regret it.

A four-piece funk project from the heart of the Blue Mountains. Guitarist Rory Wilson, keyboards player and singer Nick Macken, bass player and singer Riley Johns and newest member, singer and drummer Bailey Brown bring you the Psychedelic Soul Funk outfit Safire Palms. They will soon be releasing their single “Jam Sandwich” which has been actualised through the Blue Mountains City of the Arts mentorship grant.

Blumesday is a Rock Band based in the Blue Mountains. They enjoy long walks in the park and they play loud, aggressive, sweet and sexy tunes. Come along to Junction if you want to see them alive and live on the 13th of December!