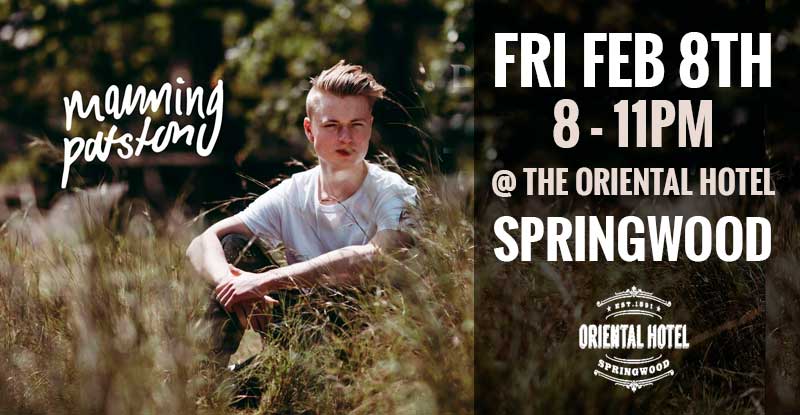 Manning Patston at The Oriental Hotel

Young Blue Mountains singer/songwriter Manning Patstons sound has been crafted in and around pubs, bars, markets, pavements, bedrooms and anywhere else he’s been able to plug in and play.

His debut single Come Around was met with a sold out launch party and was well received online. A follow up Better Off In Dreams is darkly catchy!