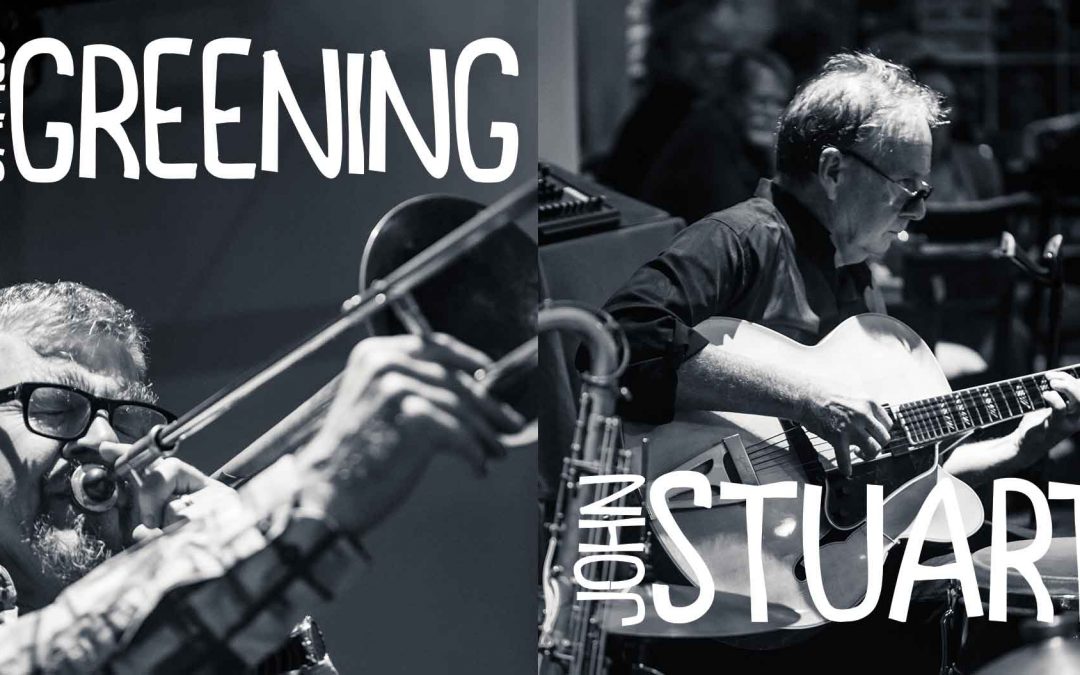 The Blue Mountains are in luck tonight – ‘The Catholics’ aren’t on tour and ‘Ten Part Invention’ aren’t working on any new creations tonight, which means James Greening was wandering aimlessly looking for somewhere to play. Luckily, he bumped into John Stuart who was searching for a place to put his guitar amp down (those things are heavy man!). They both thought Hotel Blue might be a good place to stop by, and we thought so too, so come along and catch James and John for a casual night of jazz by the fire.

James Greening:
Search JAMES GREENING – TROMBONE and a plethora of projects past and present will hit the screen. James Greening has been a leading voice in the music scene in Sydney and Australia for more than thirty years. Trombones, pocket trumpet, slide trumpet, tuba, sousaphone and diddly bow bass add to James’ diversity as a performer. His roots are in any music that grooves, expressed more often in jazz as a founding member of seminal Australian jazz bands such as Ten Part Invention, Wanderlust, the Catholics, the Umbrellas and the Australian Art Orchestra.

John Stuart:
John Stuart is a master of the seven­ string guitar. This amazing instrument allows John to cover the bass as well as provide the chordal accompaniment to the Bandit’s wide­ ranging repertoire. John is all about texture and space, switching between driving bass lines, and sparkling single line accompaniments. Bass solos? No extra charge.

Join James and John this Friday Night at Hotel Blue, 6:30-8:30 pm. Once the lights are down low and a cocktail is in your hands, the week that was will dissolve into nothing but a hazy memory. Come along early if you want a seat as it’s not possible to reserve a table. Bar & Kitchen open, family-friendly, free event. Live music @ Hotel Blue is brought to you by ‘Music in the Mountains’.