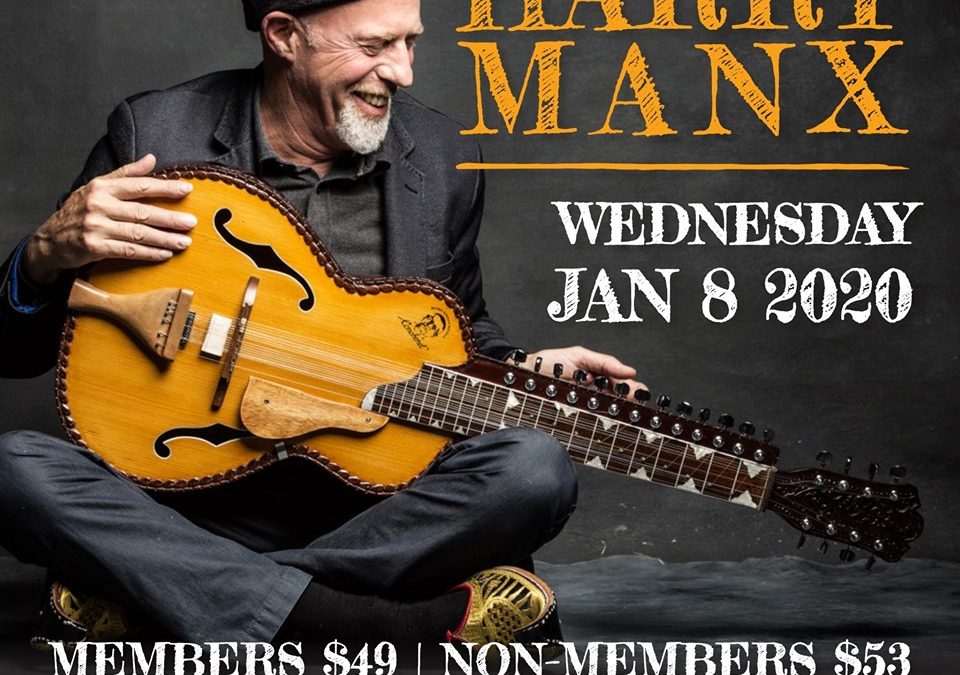 Purchase your tickets from the Club Box Office, over the phone, or via Ticketbooth now

Canadian multi-­‐instrumentalist Harry Manx returns to his fans in Australia with his newest take on his ‘Blues meets Ragas’ explorations. On this, his 13th tour down under, Harry will perform exclusive at the Woodford Folk Festival prior to a national tour later in the year.

At Katoomba, he will also be showcasing his 2018 release ‘Faith Lift’, in which Harry created cross-cultural music that references and expands both Indian and western music, and shifts the feel and subtext of his unique sound. Sitting centre stage playing drums and guitars, Harry drives the rhythms forward with deep grooves, soulful patterns and spacious tones. Using his 21-­‐stringed mohan veena (Indian slide guitar), a National steel guitar, a banjo, cigar box guitar, his voice, and harmonica to lay down his audible vision, the music carries the audience in a trance-­‐like state. The lyrics draw from the works of the mystic poets with words of inspiration woven into story lines about everyday people.

A worldwide festival favorite known for his droll humour as well as musical originality, Harry’s 16 albums and ceaseless touring have seen him earn a slew of Maple Leaf, Juno and Canadian Folk Awards, nominations, and accolades from musicians and fans worldwide.

‘Manx is the man who had already married Hindustani music to the blues and created a bastard progeny that weeps in quarter-tones.’… John Shand, Sydney Morning Herald

“Manx’s goal was always to combine East & West and the performances here show that he has succeeded in forming a seamless whole.”…. John Valenteyn, Maple Blues Magazine

All shows at Katoomba RSL are General Admission unless stated otherwise. Please arrive early to get the best seat.
Katoomba RSL is an ALL ages venue *Under 18s need to be accompanied by a parent or legal guardian and must be supervised.
FREE Shuttle Bus Service available. Call (02) 4782 2624 for more info.