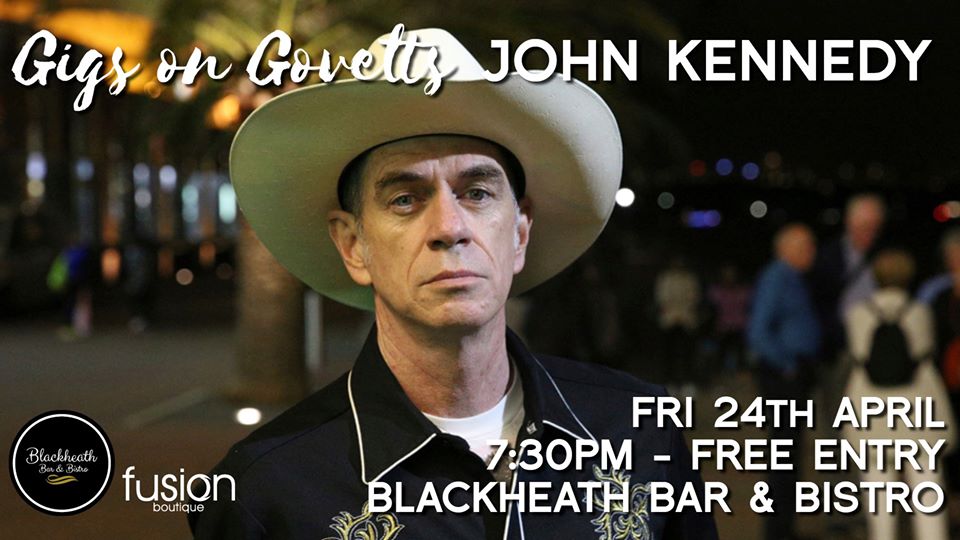 An enthusiastic young music journalist once described John Kennedy as a humble genius. John is neither a genius nor particularly humble. The Sydney musician is the writer and performer of many fine songs, some of which have found a place in the hearts of music fans of the golden era of Australian independent music.