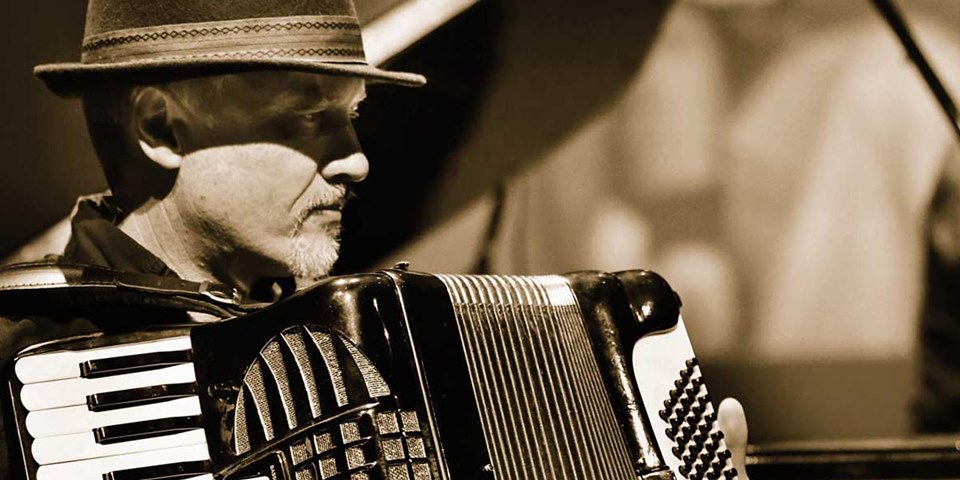 In the search for the sublime, ‘Music in the Mountains’ & ‘Pigeon Lane @ Gallery ONE88’ have teamed up to bring you the Blue Mountain’s newest monthly jazz series, ‘Chasin’ the bird’. It’s home, Pigeon Lane, is one of Katoomba’s best-kept secrets – it’s not big, and you wouldn’t know where it was unless someone pointed it out to you, however, it’s got all the makings of a New York basement jazz club. The vibe is cool, it’s intimate (you won’t quite be knocking elbows . . . but it will be close) and you will be there to be absorbed by the music. Soak in the magic on the last Thursday of the month at Katoomba’s very own ‘Birdland’.

Dinner, snacks and a bar will be open on the night – thanks to Gallery ONE88.

One of Music in the Mountains’ favourite duos, Gary Daley and James Greening come together for a special performance. Whilst you will see this duo in various lineups, when they let loose as a duo, the journey they will take you on is at times exquisite, exciting and full of surprises.

Gary Daley:
Gary Daley is best known as a musician playing in some of the elite bands of Australian jazz; currently James Greening’s band Greening from Ear to Ear and the jazz-world music band The catholics. He leads the quartet Bungarribee which features his own compositions and interpretations from the classical repertoire. Gary plays acoustic and electric piano, organ and also the piano accordion. Another side to Gary is his appearances week days on the ABC TV children’s channel in the pre-school show Lah Lah’s Adventures.

Gary graduated with honours from the Sydney University Music Department where he studied with Peter Sculthorpe. He then studied with the late Roger Frampton who was a significant mentor.

In home town Springwood, just west of Sydney, he is the artistic director of the music concert series Live at the Village which has presented leading musicians in a variety of improvised music since late 2009.

Sanctuary is the recording of the latest album which was supported by the Australia Council. Psalm from ‘In the Palm of Your Hand’ is a five part gospel-jazz work was commissioned by the St Paul’s Grammar School, Cranebrook in 2004. Performed by Gary Daley, Steve Clisby (solo voice), Toby Hall, Jess Ciampa, Richard Maegraith, Ben Waples, Ben Daley, Voice Mail (choir of St Paul’s Grammar), Cathy Jarman.<br>

In 2002 Gary’s then band Heavy Weather recorded World View, which was sponsored by ABC Jazz Track.

Among the unrecorded works are compositions for the Bungarribee quartet. Some of this music was written in 2014 while Gary was artist in residence at Bundanon.

One extensive piece, Willow Tree was premiered at the first Live at the Village concert, October 2009 by Sandy Evans, Kristin Berardi, Lloyd Swanton, Nic Cecire and Gary Daley. A beautiful evocation of landscape this multi-layered 14 minute work left the audience stunned by its beauty and complexity.

James Greening:
“Greening’s trombone has the delicious plumpness of a ripe mango. The Sad bits and the funny bits become jumbled, and there can be no higher praise.” – John Shand The Sydney Morning Herald.

Search JAMES GREENING – TROMBONE and a plethora of projects past and present will hit the screen. James Greening has been a leading voice in the music scene in Sydney and Australia for more than thirty years. Trombones, pocket trumpet, slide trumpet, tuba, sousaphone and diddly bow bass add to James’ diversity as a performer. His roots are in any music that grooves, expressed more often in jazz as a founding member of seminal Australian jazz bands such as Ten Part Invention, Wanderlust, the catholics, the Umbrellas and the Australian Art Orchestra.

The World According to James, formed in 1992, saw James step forward as a bandleader and composer, presenting music with all the qualities of wit, creativity and exuberance that have long been associated with his work as a soloist. Three critically acclaimed CDs of original compositions include No Job Too Small, Wayback (ARIA nominated) and their third CD, Lingua Franca, winning the AIR (Australian Independent Records Labels) award for Jazz album of the year for 2010. In 2012, James Greening launched a new 7 piece project, Greening from Ear to Ear and composed a new suite of original music, Tam O’Shanter Tales. This CD has received rave reviews.

A significant part of his playing has been in funk, and one of James Greening‘s major musical influences was friend and mentor, the late Jackie Orszaczky

James Greening performed in a number of Jackie’s groundbreaking bands such as Jump Back Jack, Industrial Accident, The Godmothers, The Orszaczky Budget Orchestra and Hungarian Rapsadists. An annual Jackie Orszaczky Music Lecture and Concert commenced in 2016 in conjunction with APRA AMCOS and the LIve Music Office at The basement, Sydney followed by 2 concerts 2017 at the Sydney Festival.

In young family circles James is most recognized as performing on ABC’s Play School and guest spots with Lah-Lah. James has led his quartet, The World According to James, for the Musica Viva in Schools Program, showcasing in an innovative and engaging way the fundamentals of all music and introducing students to the world of composition and improvisation more specific to Jazz.

Pigeon Lane at Gallery One88