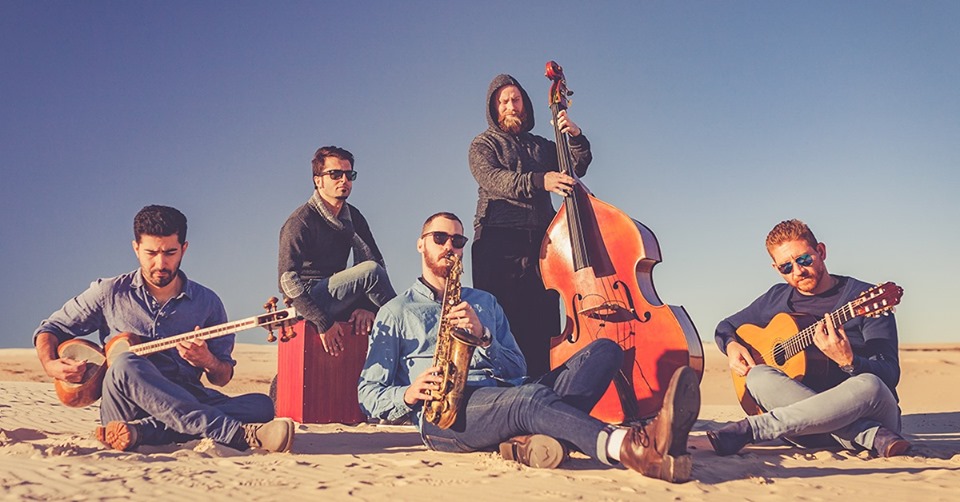 With Hamed Sadeghi on tar, Pedram Layegh on classical guitar, Michael Avgenicos on saxophone, Elsen Price on double bass and Adem Yilmaz on percussion, the layered soundscapes Eishan Ensemble create together are driven by the individual talents of each member as much as by the compositions themselves.

Formed in 2016, Eishan Ensemble have performed internationally in Iran, Malaysia, Singapore, The Phillipines and Taiwan; with local performances across Sydney, including for Vivid Festival and an invite to the Extended Play Festival of New Music at City Recital Hall. Their first album, Nim Dong, was released in late 2018 to critical acclaim.

“Eishan Ensemble is a rare attempt in fusing contemporary Persian classical music with modern jazz…. a flawless combination, as evidenced by the fine compositions on this debut recording” – Songlines UK