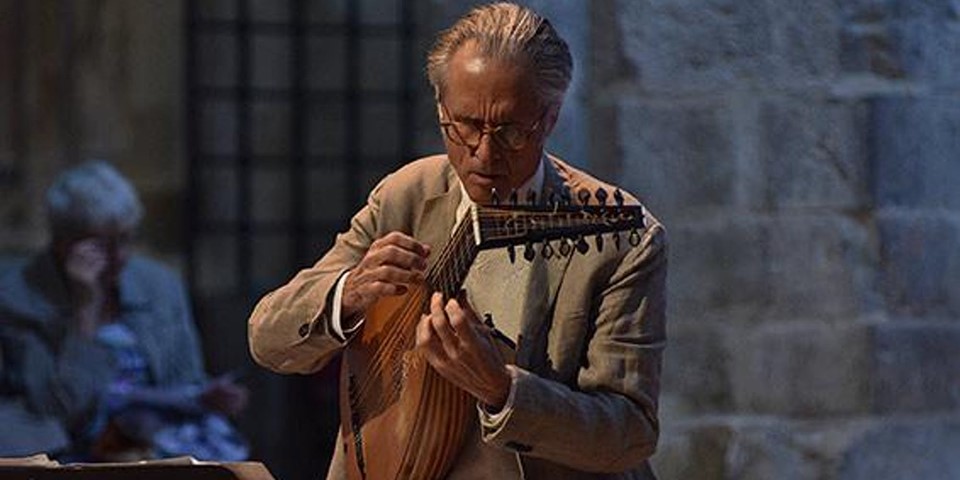 Come and enjoy a recital with well known lute player, Hopkinson Smith, inside the Norman Lindsay Gallery.Artist Bio: Born in New York in 1946, Swiss-American lutenist Hopkinson Smith graduated from Harvard with Honors in Music in 1972. His instrumental studies took him to Europe where he worked with Emilio Pujol, a great pedagogue in the highest Catalan artistic tradition, and with the Swiss lutenist, Eugen Dombois, whose sense of organic unity between performer, instrument, and historical period has had lasting effects on him. He has been involved in numerous chamber music projects and was one of the founding members of the ensemble Hespèrion XX. Since the mid-80’s, he has focused almost exclusively on the solo repertoires for early plucked instrument, producing a series of prize-winning recordings for Astrée and Naïve, which feature Spanish music for vihuela and baroque guitar, French lute music of the Renaissance and baroque, English and Italian music of the 16th early 17th century and music from the German high baroque.Hopkinson Smith has performed and given master classes throughout Eastern and Western Europe, North and South America, Australia, New Zealand, Korea and Japan sometimes combining the life-style of a hermit with that of a gypsy. In 2007 and 2009, he gave concerts and workshops in Palestine under the auspices of the Barenboim-Said Foundation and the Swiss Arts Council. In 2010, he received the music prize from the Italian Region of Puglia with the inscription “maestro dei maestri, massimo interprete delle musiche per liuto dell’antica Europa Mediterranea”. He lives in Basel, Switzerland where he teaches at the Schola Cantorum Basiliensis.Accolades: Hopkinson Smith, without doubt the finest lute player in the world today. San Francisco Chronicle Lute player Hopkinson Smith is still a phenomenon at the age of seventy. No one can bring the Renaissance to life in a way that is as sprightly, as crisp and with as much melancholy as he. De Standaard – Cultuur en Media, BelgiumAustralian Tour Schedule: maddogdownunder.com Hoppy’s website: www.hopkinsonsmith.com