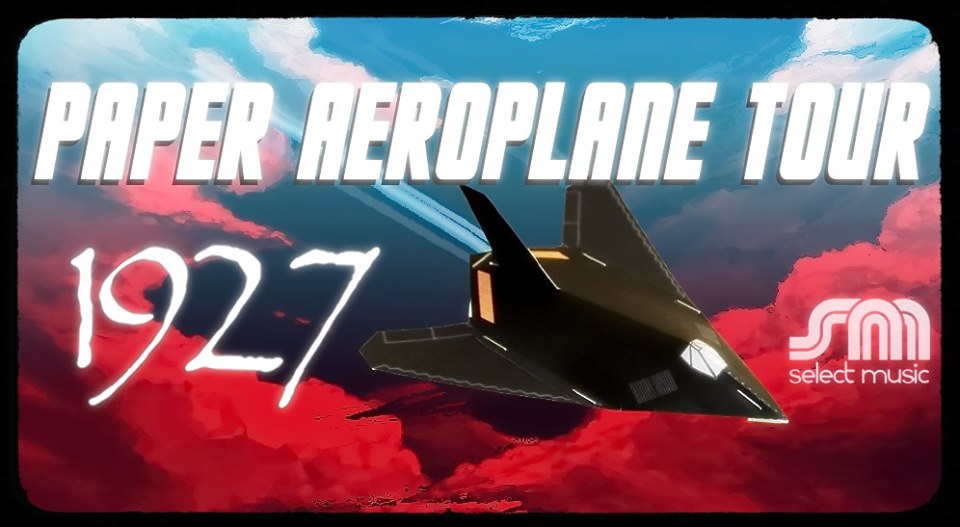 Tickets available NOW! M$40 / NM$44 (+online bf)
Purchase your tickets from the Club Box Office, over the phone or via Ticketbooth

The follow up is a multi-platinum selling album ‘The Otherside’, and a 3rd self-titled third album before taking a break and later reforming with a new line-up and hundreds of live shows at home and abroad to support their 4th album ‘Generation i’,

1927 founder Erik Weideman has been back in the studio and ready to usher in a new era with the release on their forthcoming EP “Paper Aeroplane”.